On behalf of the Organizing and Advisory Committees we take great pleasure in welcoming academic scientists, researchers, research scholars, students and experts of application fields to Krakow Poland for the Global congress and Expo on Biosensors & Bioelectronics to foster the progress in the field by contributing with your expertise to what promises to be a very comprehensive and exciting meeting, and to enjoy the immense unique artistic heritage and wonderful landscape of Poland.

Sensors World Forum (SensorForum-2022), which will be held during August 18-20, 2022 at Berlin, Germany, is an international event, attracting global participant’s intent on sharing, exchanging and exploring new avenues of sensors and sensing technologies latest developments. 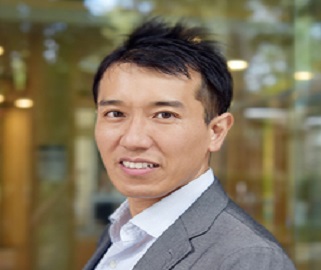 Professor Yusuke Yamauchi received his Bachelor's degree (2003), Master's degree (2004), and Ph.D. degree (2007) from the Waseda University, Japan. After receiving his Ph.D., he joined the National Institute of Materials Science (NIMS), Japan, to start his own research group. At the same time, he started to serve as an adjunct professor to supervise Ph.D. students at the Department of Nanoscience and Nanoengineering, Waseda University. After being granted the ARC Future Fellowship, in May 2016, he joined the Institute for Superconducting & Electronic Materials (ISEM), the Australian Institute for Innovative Materials (AIIM), the University of Wollongong (UOW) as a Professor. In 2018, he moved to the University of Queensland (UQ). Presently, he is a Senior Group Leader at the Australian Institute for Bioengineering and Nanotechnology (AIBN) (on secondment from the School of Chemical Engineering until 2026), a Professor at the School of Chemical Engineering, and a Director at the Australian Materials nanoelectronic Centre. He concurrently serves as an ERATO Research Director at the JST-ERATO Yamauchi Materials Space-Tectonics, a Group Leader at the Mesoscale Materials Chemistry Group, the International Center for Materials Nanoarchitectonics (WPI-MANA), the National Institute for Materials Science (NIMS), a Visiting Professor at the Waseda University, an Advisory Board Member of prestigious journals (Small, Small Structures, ChemCatChem, J. Inorg. Organomet. Polym. Mater., etc.), and an Associate Editor of the Journal of Materials Chemistry A published by the Royal Society of Chemistry (RSC) and Chemical Engineering Journal 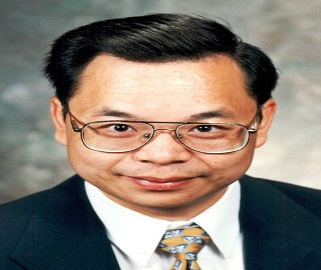 Simon X. Yang received the B.Sc. degree in engineering physics from Beijing University, Beijing, China, in 1987, the first of two M.Sc. degrees in biophysics from the Chinese Academy of Sciences, Beijing, in 1990, the second M.Sc. degree in electrical engineering from the University of Houston, Houston, TX, in 1996, and the Ph.D. degree in electrical and computer engineering from the University of Alberta, Edmonton, AB, Canada, in 1999. Dr. Yang is currently a Professor and the Head of the Advanced Robotics and Intelligent Systems Laboratory at the University of Guelph, Guelph, ON, Canada. His research interests include artificial intelligence, robotics, sensors, and multi-sensor fusion, wireless sensor networks, control systems, bio-inspired intelligence, machine learning, neural networks, fuzzy systems, and computational neuroscience. Prof. Yang has been very active in professional activities. He serves as the Editor-in-Chief of the International Journal of Robotics and Automation; an Advisory Editorial Board member of Intelligent Automation and Soft Computing; and an Associate Editor of IEEE Transactions on Cybernetics, IEEE Transactions on Artificial Intelligence, and several other journals. He was on the grant review panel of NSERC, CIHR, and several other grant agencies. He was the General Chair of the 2011 IEEE International Conference on Logistics and Automation and the 2015 IEEE International Conference on Information and Automation. Among many of his awards, he was a recipient of the Distinguished Professor Award at the University of Guelph. 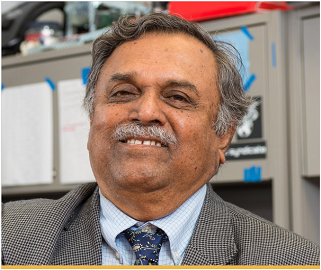 S.S. Iyengar is currently the Distinguished University Professor, Founding Director of the Discovery Lab, and Director of the US Army-funded Centre of Excellence in Digital Forensics at Florida International University, Miami. He has been involved with research and education in high-performance intelligent systems, Data Science and Machine Learning Algorithms, Sensor Fusion, Data Mining, and Intelligent Systems. Since receiving his Ph.D. degree in 1974 from MSU, USA, he has directed over 65 Ph.D. students, 100 Masterâ€™s students, and many undergraduate students who are now faculty at Major Universities worldwide or Scientists or Engineers at National Labs/Industries around the world. He has published more than 600 research papers, has authored/co-authored, and edited 26 books. His h-index is 63 with over 19000 citations and is among the list of top 2% cited scholars of Stanford study this year. His books are published by MIT Press, John Wiley, and Sons, CRC Press, Prentice-Hall, Springer Verlag, IEEE Computer Society Press, etc. One of his books titled Introduction to Parallel Algorithms has been translated into Chinese. During the last thirty years, Dr. Iyengar has brought in over 65 million dollars for research and education. In recent, he has received $2.25 Million (USD) funding from the United States Army Research Office to develop a Centre of Excellence in Digital Forensics in collaboration with HBCU institutions. This is considered to be one of the biggest achievements in the whole FIU; many such grants are in the past. He has provided the students and faculty with a vision for active learning and collaboration at Jackson State University, Louisiana State University, Florida International University, and across the world. Dr. Iyengars career is a distinguished one, marked by his incredible record of success in groundbreaking research, inspirational teaching, and excellence in community service. It is his consistent drive to fight for and promote the minority and underrepresented groups that are his passion. 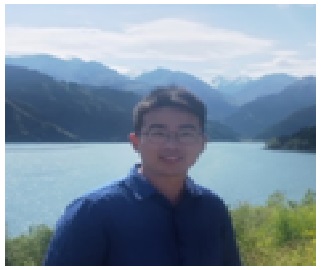 Liming Wang received his Ph.D. from Shanghai Institute of Ceramics, Chinese Academy of Sciences in 2016. After the postdoctoral research work at Texas A&M University, he was appointed as a Distinguished Professor in College of Textiles, Donghua University in 2018. His research focuses on fiber/textile materials and their applications in energy, the environment, and wearable sensors. 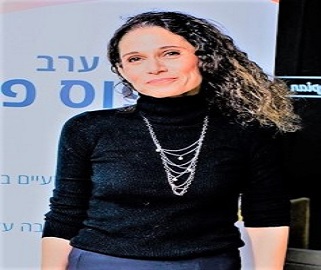 Dr. Anat Tchetchik holds a B.Sc., M.Sc., and Ph.D. in Environmental Economics and Management from the Hebrew University of Jerusalem. She is a Senior Lecturer at the Department of Geography and Environment at Bar-Ilan University. She has established and is the head of a program in Environmental Innovation Management in Corporate for MA students at her department. Her main research interests include environmental consumer behavior, evaluation of consumer preferences towards non-market goods, and decision-making in the presence of heterogeneity and latent psychographics as well as the evaluation of ecosystem services, mainly those supplied by urban green infrastructure, including the analysis of the synergies and trade-offs they create. Anta published 25 peer-reviewed articles, many of which are in top journals including Ecological Economics, American Journal of Agricultural Economics, Journal of Business Research, Transportation Research Part E, and Resources, Conservation and Recycling. She holds competitive grants from several agencies including H2020, the Israeli Ministry of Environmental Protection, and the Israeli National Insurance Institution. 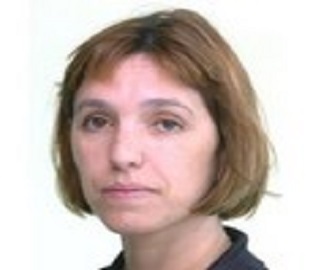 Prof. Ariel Burg obtained her Masters's and Ph.D. degrees under the supervision of Prof. Dan Meyerstein and Prof. Haim Cohen in the Department of Chemistry at the Ben-Gurion University of the Negev. Currently, she is a researcher in the Chemical Engineering Department of Sami Shamoon College of Engineering (SCE), collaboration is an integral part of her academic career. As such, she cooperates with a wide variety of researchers from her department, from other departments at SCE, industry, the Negev Nuclear Research Center, and BGU. Ariel Burg advice and mentor students from across the academic spectrum, including BSc students preparing their final projects in the fourth year of chemical engineering studies as well as graduate and doctoral students Prof. Ariel Burg was interested in five main subjects which are a major part of her study: Development of novel sol-gel based methods for the recycling of heavy metal ions and radioactive waste; Sol-gel matrices as ion and electron exchange columns and as redox catalysts; Development of a method for printing nanoparticles as catalysts and electrocatalysts; Study the mechanism of Fenton and Fenton like reaction in heterogeneous systems; Water oxidation for alternative energy; She is now working on a project related to chemical sensors. 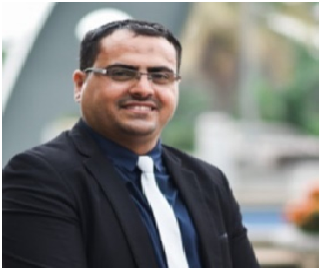 Dr. Nayef Abdulwahab Mohammed Alduais (Member, IEEE) received the B.Eng. degree (Hons.) with the first rank in computer engineering from Hodeidah University, Yemen, in 2007, and masterâ€™s and Ph.D. degrees in communication and computer engineering from the Faculty of Electrical and Electronic Engineering (FKEE), Universiti Tun Hussein Onn Malaysia (UTHM), Malaysia, in 2015 and 2019, respectively. He is currently a Lecturer and Principal investigator at Center of Intelligent and Autonomous Systems (CIAS), Faculty of Computer Science and Information Technology (FSKTM), UTHM, having previously worked as an Assistant Lecturer with the Faculty of Computer Science and Engineering, Hodeidah University, from 2007 to 2013. He has authored numerous articles in journals and conference proceedings. His research interests include WSN, the IoT, edge computing, and artificial intelligence (AI). He received numerous medals and scientific excellence certificates.

Berlin City is best known for its striking contrasts. Historical buildings stand alongside modern architecture as the past and present intermingle. The sights Berlin has to offer, from the Brandenburg Gate to the Chancellor's Office, bear witness to the history of an entire nation. Germany's capital is home to all the main government buildings, including the historical Reichstag building as the seat of the German parliament.

Berlin is a trendsetting city when it comes to music, art, and life itself. More and more artists are flocking to Berlin from all around the world to draw inspiration from the endless creative vibes, making it one of the most exciting destinations in the whole of Europe. The vibrant city is abuzz with change – Berlin simply cannot stay still for a moment. And yet the city somehow remains chilled, with plenty of open spaces where people can go to breathe in some fresh air. With sprawling parks, wooded areas, and lakes, Berlin is Germany's greenest city. During the summer months, everyone moves outside. The sunshine and balmy evenings are best enjoyed in the beach bars, cafés, and open-air cinemas and theatres, after all. 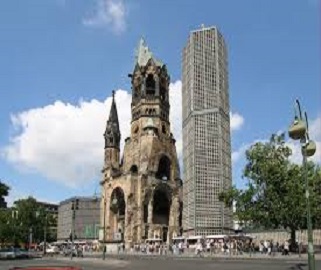 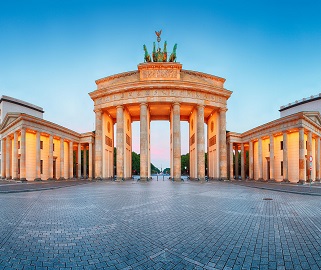 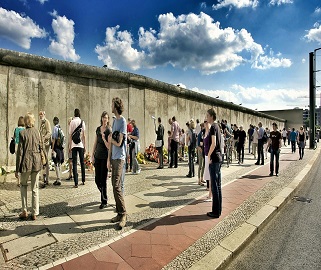 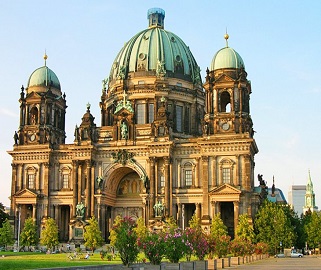 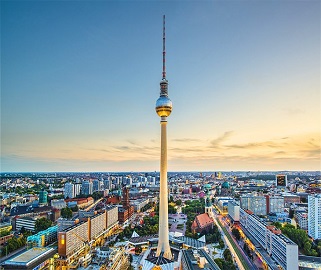 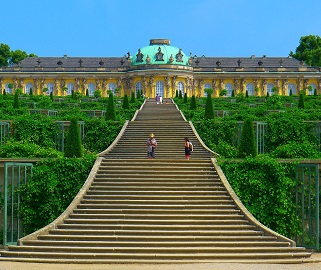 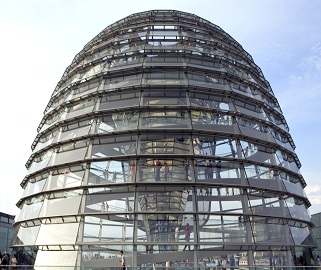 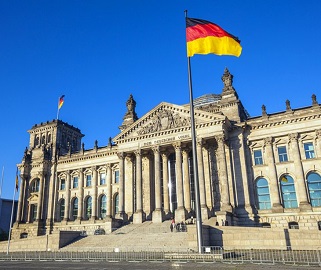