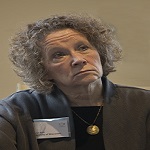 Carol D. Ryff is Director of the Institute on Aging and Hilldale Professor of Psychology at the University of Wisconsin-Madison. Her model of psychological well-being has been translated to 40 languages and is used across diverse scientific fields (1,000+ publications have used her scales). Dr. Ryff studies how psychological well-being varies by age, educational status and cultural context as well as by the challenges and transitions of adult life. Whether well-being is protective of good physical health is a major interest, with numerous findings linking different aspects of well-being to morbidity and mortality, along with diverse biomarkers (neuroendocrine, immune, cardiovascular) and neural circuitry. A guiding theme is resilience – how some are able to maintain, or regain, well-being in the face of adversity and what neurobiology underlies this capacity. Dr. Ryff currently directs the MIDUS (Midlife in the U.S.) longitudinal study, which has become a major forum for studying health and well-beingas an integrated biopsychosocial process. She also directed MIDJA (Midlife in Japan), for which she received an NIH Merit Award.

Dr.RajendraD. Badgaiyan, MD,is the Chief of Psychiatry at South Texas Veterans Health Care System San Antonio, Texas, andProfessor of Psychiatry at Long School of Medicine, University of Texas Health, San Antonio, Texas.Dr Badgaiyanwent to medical school in Bhopal, India and trained in cognitive neuroscience and neuroimaging in the laboratories of Michael Posner (Oregon), Daniel Schacter (Harvard), BJ Casey (Pittsburgh), and Alan Fischman (Harvard Medical School). He completed psychiatry residency at Harvard Medical School and was a member of the faculty at Harvard Medical School. Previously, he was in the faculty of the State University of New York at Buffalo and University of Minnesota at Minneapolis as a tenured Professor. He also served as the Chairman of Psychiatry Department and Professor of Psychiatry ina hospital affiliated to Icahn School of Medicine at Mt Sinai, New York. Dr Badgaiyan developed a neurotransmitter imaging technique calledthe single scan dynamic molecular imagingtechnique (SDMIT)or neurotransmitter imaging technique to detect, map, and measure neurotransmitters released acutely in the live human brain. Using this technique, he studies dopaminergic control of human cognition and behavior. He has received several prizes and awards including the prestigious Solomon Prize of Harvard Medical School and BK Anand National Research Prize in India. His research is funded by the National Institutes of Health, Department of Veterans’ Affairs, Dana Foundation and other agencies. Dr Badgaiyan has published over 200 research papers, book chapters and a book titled ‘Neuroscience of the Nonconscious Mind’(Elsevier/Academic Press).