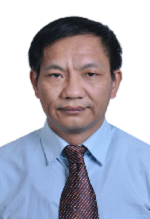 Chuanbao Cao is currently the responsible Professor of Low Dimensions Materials in School of Materials Science and Engineering, Director of Research Center of Materials Science of Beijing Institute of Technology. He is the committee member of Chinese Society of Micro-Nano Technology, senior member of Chinese Mechanical and Engineering Society; committee member of Chinese Biomedical Manufacture Society, senior member of Chinese Institute of Electronics; committee of Chinese Integrate Circuit and Electronic Materials Society. He is in the editoral board of “Scientific Reports” and in the international journal editoral board of “Journal of Nanomaterials”, His research focuses on the energy related materials. Until now, he has applied 60 patents include 40 granted patents, has published more than 330 journal papers, they have been cited by 9200 times, H index of 50, presented more than 30 invited speaks in international conference. 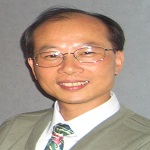 Dr. Liangchi Zhang is Scientia Professor, Professor of Mechanical Engineering, Head of the Laboratory for Precision and Nano Processing Technologies and Director of Research Training at the University of New South Wales, Australia. He is also Fellow of the Australian Academy of Technological Science and Engineering (FTSE). Prior to joining the University of Sydney in 1992, he has worked at the University of Cambridge, UK and the National Mechanical Engineering Laboratory, Japan. In 2009, he was invited to take up the prestigious Scientia Professorship at the University of New South Wales. Liangchi carries out research on both the fundamentals and industrial applications. He holds more than 10 patents, and has published 7 monographs, 15 edited books, 20 book chapters and 450 journal papers. His book, “Plastic Bending: Theory and Applications”, has been in multiple languages, with its classic edition republished in 2017. His research outcomes have led to tremendous economic benefits for industry in tens of million dollars per annum. Liangchi has been granted many academic and technological awards and honors, including the “B-HERT Best Research and Development Collaboration Award”, many “Best Paper Awards”, “UNSW inventor of the Year”, “Distinguished Achievement Award in Machining Technology” and “IAAM Medal”. He was also awarded a higher doctoral degree –– Doctor of Engineering –– by the University of Sydney for his systematic contributions to precision manufacturing. Liangchi is on the editorial board of a variety of academic publications, including the Editor-in-Chief for the Springer book series in “Precision Manufacturing” and Editor-in-Chief for the Elsevier book series in “Tribology and Surface Engineering”. He is also a member of the International Nominating Committee of the Japan Prize as a prominent scientist who has led the respective field of science. 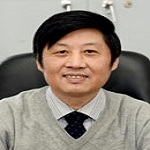 Prof. Zhang has undertaken research on the new process principles, characterization and modeling of sheet and tube forming processes for over 30 years, and has significant expertise in the field of materials processing engineering and in particular the computer modeling of metal forming processes using numerical methods. He invented the integral hydroforming technology of double-layer spherical vessels in 1991 with Prof. ZR Wang at Harbin Institute of Technology and gave a systematic analysis of the process principle. He got his first invention patent for this new technology. Then he has been devoted to research on sheet hydroforming and hydro mechanical deep drawing technology from his work in Aalborg University of Denmark in 1996, and then continues the work until now. He has published over 50 papers on this topic. He proposed a movable female die method for sheet hydroforming by which the forming limit of sheet metals can be improved remarkably, and he got his 2nd patent in 2001. From 1999 he has been working at IMR/CAS, he is also devoted to tube forming technology and magnesium alloy sheet parts. He has been working as the Director of R&D Centre of Golden Dragon Copper Group (Director of Engineering Research Centre for Precision Copper Tubes) since 2001 and is working on cast and rolling processes of copper tubes, he has made achievements in cast and roll forming of Ni-Cu alloy tubes and the company has been developing a new production line. Golden Dragon Group has been No.1 in the world in copper tube production since 2006. He proposed warm sheet forming technology of magnesium alloy sheets and made a great progress for the process development. He was invited to Japan to give a Special Lecture on this topic in July 2006, and also presented conference reports in Beijing in November 2006 at the Chinese Mg Society Conference and in a Forum in Tianjin in January 2007. Now he has published over 30 papers on this topic. He began working on cross rolling of magnesium alloy sheets in 2003 and got very good results. He conducted a cooperation with Risoe National Lab on grain evolution and texture study to improve formability of Mg sheets from 2006-2007, he has got very good results. He also is working on modeling of microstructures of strip rolling in recent years. He has obtained many prizes and awards for his work, including the A.M. Strickland Prize, awarded by the Division of Manufacturing Industries of the Institution of Mechanical Engineers for the best paper published in the Proceedings of IMechE as a significant contribution to the field of manufacturing,London, UK, June 15, 2011. He is now responsible for the Advanced Metal Forming Technology Group of IMR, Vice Head of Department of Special Materials and Devices, and Director of an Engineering Research Centre of CAS. He has supervised 40 PhD students among whom 31 have obtained PhD degrees. Also 28 Master students have got their master degrees. He is now the Vice Chairman of Chinese Society for Technology of Plasticity, Secretary General of CDDRG, Chairman of NUMIFORM2013 conference. He is member of Editorial Board of 7 academic journals, part time professor to Dalian University of Technology and Shenyang Ligong University.