Focusing on innovations in different fields of biotechnology and to promote excellence and competence in this challenging yet promising field, Continuum Forums is organizing the International Forum on Biotechnology & Genetic Engineering in Barcelona, Spain from October 20-22, 2022.

The conference will stimulate the desire to collaborate and change the word of biotechnology and innovation by promoting state-of-the-art practices in biotechnology research and promoting evidence-based practices. It will include several inspiring and informative talks from prominent leaders in the field together with keynote lectures, plenary sessions, oral and poster presentations, discussions, scientific debates, workshops, exhibition and other educational and social events that stimulate several networking opportunities among the participants. 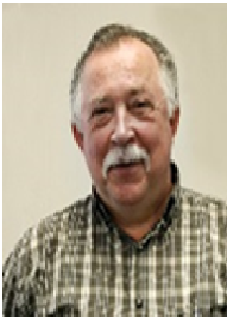 Vladimir Torchilin got his M.S, Ph.D., and D.Sc. degrees from the Moscow State University and serves currently a University Distinguished Professor and Director, Center for Pharmaceutical Biotechnology and Nanomedicine, Northeastern University, Boston. He has published more than 450 original papers, more than 200 reviews and book chapters, wrote and edited 13 books, and holds more than 40 patents. Google Scholar shows more than 77,000 citations of his papers with H-index of 126. He is a member of the European Academy of Sciences and Editor-in-Chief of Current Drug Discovery Technologies, and Drug Delivery, Co-Editor of Current Pharmaceutical Biotechnology and on the Editorial Boards of many other journals. He received more than $20 M from the governmental and industrial sources in research funding. He has multiple honors and awards and in 2011, Times Higher Education ranked him number 2 among top world scientists in pharmacology for the period of 2000-2010. 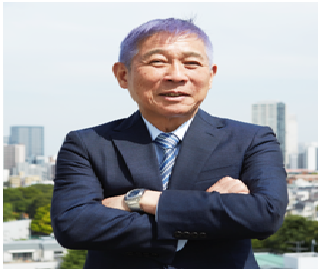 The University of Tokyo
Japan

Dr. Yoshikazu Nakamura has served as RIBOMIC's President and CEO since 2012 when he retired from The University of Tokyo (currently Professor Emeritus). He founded the Company in 2003 when he was the UTokyo Professor at Institute of Medical Science. He has served the scientific community as the Vice President of A-IMBN since 2003, and the President of the RNA Society of Japan during 2006-2010. Throughout his academic career, Dr. Nakamura has been engaged in RNA science, and discovered a novel biological concept "molecular mimicry between protein and RNA" in 2000, which provided the basis of RIBOMIC's R&D for aptamer therapeutics. 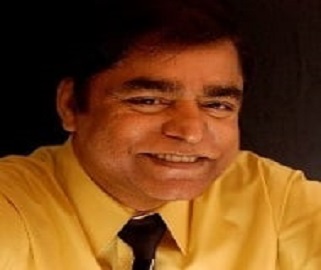 Henry Daniell - is a Fellow of the American Association for the Advancement of Science since 2004 and 14th American member of the National Academy of Sciences, Italy in 240 years (inducted in 2007). He is one among the Founding Editors of the Plant Biotechnology Journal and the second Editor in Chief since 2011. He is the Technology Founder of PhylloZyme that launched the first leaf-based enzymes for textile, detergent, food/feed applications and the recipient of several awards including the American Diabetes Association, American Heart Association, Bayer Hemophilia global award and Bill and Melinda Gates Foundation Award for outstanding contributions to lower the cost of biopharmaceuticals. He pioneered chloroplast genetic engineering concept to produce and orally deliver biopharmaceuticals to treat major metabolic or genetic disorders, including Alzheimer's, diabetes, hypertension, hemophilia and retinopathy. Booster vaccines are developed in chloroplasts to prevent global infectious diseases like tuberculosis, malaria, cholera, polio and biological threats, such as anthrax and plague. Studies with FDA and CDC funded by the Gates Foundation, NIH SMARTT program or major pharmaceutical companies (Bayer, Novo Nordisk, Shire, Takeda, Johnson & Johnson) help to advance these inventions to the clinic. 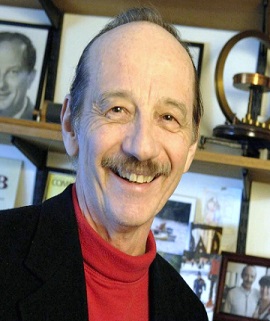 Dr. Temple Smith obtained his PhD in Nuclear Physics from the University of Colorado in 1969, followed byan NIH (USA) postdoctoral fellowship under the direction of the mathematician, Stanislaw Ulam, and the molecular biologist, John R. Sadler. Dr. Smith is one of the founders of GenBank, initially at Los Alamos National Laboratory, and the co-developer, with Michael Waterman, of the Smith-Waterman sequence alignment algorithm.Beginning in 1988Dr. Smith organized the "Genes and Machines" conference series in bioinformatics.As director of theBoston University BioMolecular Engineering Research Center, he directed the research of over twenty Post doctoral and grad students. Hisresearchfocused on protein evolution of: the WD-repeat family; the Life Guard apoptotic regulatory family;the evolutionary of the Drosophila clade, and the origin and evolutionary of the genetic translation system. He is a follow of the American Association for the Advancement of Science (AAAS), and a fellow of the ISCB. He has 200 plus reviewed scientific publications. In 2011 Dr. Smith was elected Emeritus Professor of BioMedical Engineering at Boston University.Dr. Smith is an avid skier, ice climber, sailor, hockey coach and family man. He is also the co-founder of a gene engineering company, Modular Genetics. 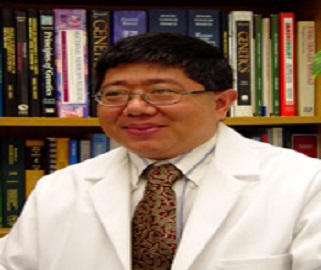 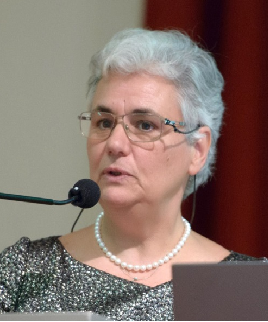 Magda Tsolaki was born in Thessaloniki, Greece and studied Medicine and Theology at the Aristotle University of Thessaloniki (AUTh). Afterwards, she initiated her collaboration with AUTh in 1982 as scientific collaborator and a year later received her specialty as a Neuropsychiatrist and her PhD. She has been a Professor of Neurology since 2010, and currently she was the Head of the 1st University Department of Neurology (2017-2020) She has founded the Greek Alzheimer Association in 1995 and the Greek Federation of Alzheimer's Disease (AD) in 2007, in which she is up to today the Chair, while also being the scientific director of two Public Dementia Units (founded by her in 2007 and 2009) for outpatients with Neurodegenerative diseases and their caregivers. The last five years she was invited to join as a member the Greek National Observatory for Dementia. She has given more than 656 lectures throughout Greece. She has participated in more than 60 funded research programmes and 31 funded clinical trials. In total, she has received 73 awards. Dr. Magda Tsolaki has been the main author of many Books (60), many abstracts in Greek (531) and International (489) Conferences, she is the first author or co-author in many Papers in Greek (285) and International Journals (526 - 439 in PubMed), (h-index=89, IF=2573,395 and more than 36235 Citations in Google Scholar). She has participated as invited speaker in more than 115 meetings-conferences in English and 256 in Greek Language. Furthermore, she has been a reviewer for Conferences and Journals (430) and has organised 27 national and 5 international conferences on AD. Finally, she was one of the three or seven advisory members for 35 doctoral theses-completed and 36 postgraduate theses. Pr. Tsolaki is married with four children and ten grandchildren. 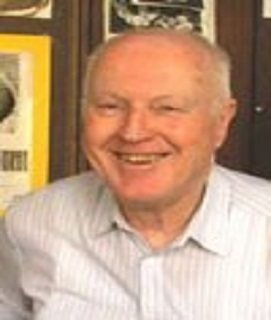 Erich Sackmann obtained his MSc (1961) and PhD (1964) degrees from the University of Stuttgart in the group of Theodor Forster. He then spent two years at Bell Telephone Laboratories in Murray Hill, New Jersey, and six years at Max Planck Institute for Biophysical Chemistry in Gottingen, Germany. Between 1974 and 1980 he was professor of physics and head of the biophysics department at the University Ulm, and from 1980 until his retirement in 2003 he held the same positions at the Physics Department of the Technical University of Munich. Erich Sackmann is considered as one of the fathers of biophysics. He published more than 250 publications and several books. His scientific publicationwere cited 29700 times In 2002 he was elected a Fellow of the American Physical Society. In 2006, he was awarded the Stern-Gerlach-Medal by the German Physical Societyand in 2019 the prize of TheCamurus Lipid Research Foundation for his pioneering work on liposomes as drug delivery systems. 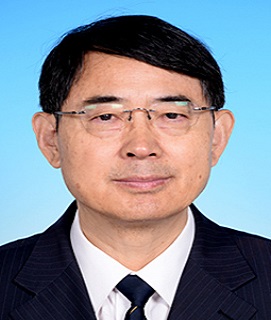 Prof. Qian is David von Hansemann Professor of Science and Chair Professor in Division of Life Science. He received his Ph.D. In Zoology from University of Alberta in 1991 and was a Killiam Postdoctoral Fellow in University of British Columbia before he joined the Department of Biology as an assistant professor in January of 1993. He received a State Natural Science Award of the State Council of China in 2016 for his work on interaction between settling larvae of marine invertebrates and marine biofilm under changing environment. 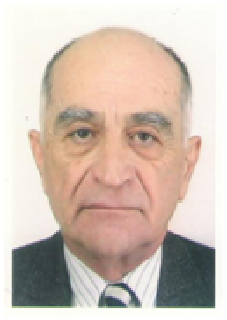 Vakhtang Barbakadze has his expertise in isolation and structure elucidation of biologically active plant polysaccharides and polyethers which are endowed with pharmacological properties as anti-cancer agents. Besides, he interested for the production of synthetic analogues of natural polyethers. In 1978 and 1999 he has completed his Ph.D and D.Sci., respectively. He is the Head of Department of Plant Biopolymers at the Tbilisi State Medical University Institute of Pharmacochemistry. In 1996 and 2002 he has been a visiting scientist at Utrecht University (The Netherlands) by University Scholarship and The Netherlands organization for scientific research (NWO) Scholarship Scientific Program, respectively. He has published more than 100 papers in reputed journals. In 2004 he was Georgian State Prize Winner in Science and Technology. 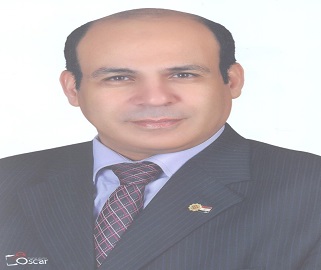 ELSAYED AHMED ELNASHAR, Full-Professor of textiles Apparel, Kaferelsheikh University, Egypt. Born in 19 /8/1965. Have Ph.D. 2000, Msc.1995, Bsc.1989, Helwan University. Diploma1985advanced industrial textiles institute. He holds several academic administrative positions: Dean, Vice Dean, Head of Department, He has many textiles patents, Member of international scientific committees. Development of Faculties of Education, commissioned of Supreme Council of Egyptian Universities. Has design books published in Germany and Ukraine. Has published over 225 scientific Articles. Editorial board member & Reviewer for more 225 journals, organizer for more than 195 conference and workshop over the world, Founder and editor two scientific journals. And Smartex Conference Egypt. Member of the editorial board of several international journals and conferences, He has made many scientific agreements with European &Africa universities 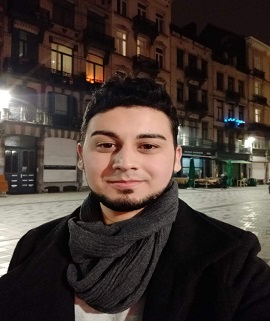 Adriano Meniqueti â€“ State University of Maringa / Origem Biotechnology, Brazil Adriano Meniqueti is graduated from the Department of Industrial Chemistry (2012), Paranaense University, Brazil and obtained his master's degree in Biotechnology Applied to Agriculture (2016) in the same University. He has held visiting scientist at the Biomedical Sciences Institute of Abel Salazar (2019-2020), Porto University, Portugal and received his PhD in Chemistry of Natural Products from State University of MaringÃ¡ (2021), Brazil, which was carried out a technical-scientific cooperation project between UEM and the multinational BASF Chemical Company, with the aim of developing bioherbicides. He is currently a researcher on Origem Biotechnology and his works focuses on Microbial Biotechnology and Chemistry of Natural Products: Optimization, Isolation and characterization of bioactive compounds with insecticidal, nematicidal, antifungal, bioremediation and allelopathic activity, originating from bacteria, endophytic fungi, basidiomycetes and cover crops. 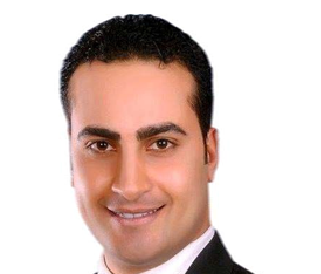 Dr. Mohamed Ahmed El-Esawiworks as Associate Professor of Molecular Genetics and Biotechnology at Botany Department, Faculty of Science, Tanta University, Egypt. Dr.El-Esawireceived his B.Sc. and M.Sc. from Tanta University, and his PhD degree in Plant Genetics and Molecular Biology from Technological University Dublin in Ireland. Afterwards, Dr. El-Esawi joined the University of Warwick inthe United Kingdom, University of Sorbonne (Paris VI) in France and University of Leuven (KU Leuven) in Belgium, and University of Cambridge in the UK as a Visiting Research Fellow. His research focuses on plant genetics, genomics, molecular biology, molecular physiology, developmental biology, plant-microbe interaction, and bioinformatics. He has authored more than 100 international journal articles and book chapters, and participated at more than 60 conferences and workshops worldwide. 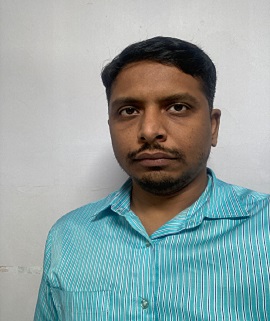 Dr RS Thakur obtained PhD in 2009 on solid state NMR under guidance of Dr PK Madhu from TIFR,Mumbai. He developed robust and versatile heteronuclear (SWf-TPPM) and homonuclear dipolar decoupling sequences. Upon joining CSIR-CSMCRI in 2009 as a scientist, he slowly expanded into use of NMR and analytical chemistry into applied research problems (1) mechanistic study of conversion of adsorbed borate, (2) metabolite study of sea plants to unravel central pathways, (3) writing and wiping mechanism for chalk and board combination and mechanism of dust impact, and (4) fast and safe defluoridation by alumina.

Barcelona has witnessed throughout its history the visit and influence of Iberians, Carthaginians, Romans, Visigoths … a grounding that yields a rich legacy, both culturally and historically, which makes one of the favourite destinations in Spain.

The city is inconceivable until you get there, unbelievable while you walk its streets and unforgettable after you've gone - if you ever manage to tear yourself away. His enviable position between the mountains and the sea ensures year-round outdoor fun. 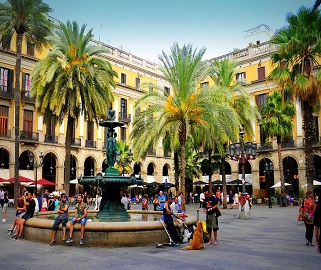 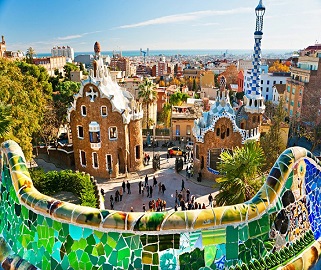 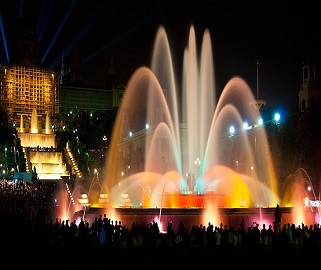 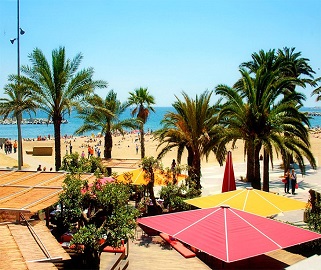 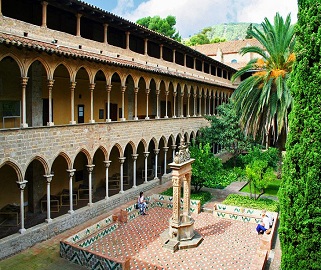 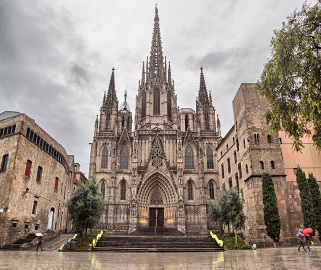 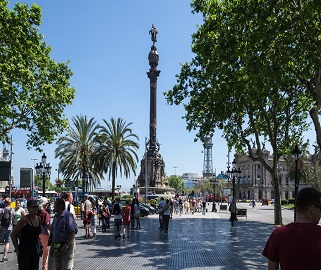 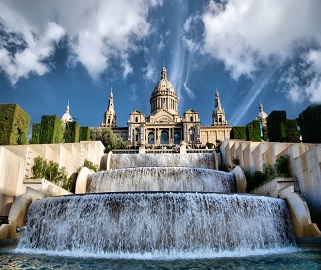