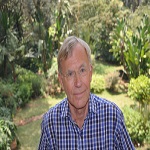 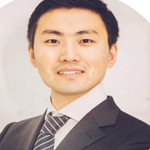 Dr. Jun Chen is currently an assistant professor in the Department of Bioengineering, University of California, Los Angeles. His current research focuses on nanotechnology and bioelectronics for energy, sensing, environment, and therapy applications in the form of smart textiles, wearables, and body area sensor networks. He has already published 2 books, 115 journal articles and 70 of them are as first/corresponding authors in Chemical Reviews, Nature Energy, Nature Electronics, Nature Sustainability, Nature Communications, Joule, Matter, and many others. His works were selected as research highlights by Nature and Science 6 times. He also filed 14 US patents and licensed 1. He is currently an Associate Editor of Biosensors and Bioelectronics, and an Editorial Board Member of Advanced Fiber Materials, Nano-Micro Letters, Frontiers in Pharmacology, Frontiers in Chemistry, and Smart Materials in Medicine. With a current h-index of 61, he was identified to be one of the world’s most influential researchers in the field of Materials Science by the Web of Science Group, and on the global list of The Highly Cited Researchers 2019. 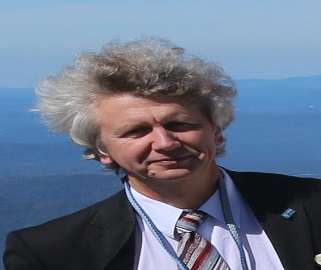 Graduated from Moscow Institute of Physics and Technology in 1988, PhD (1991) in Mechanics of plasmas, gases and liquids, Doctor of Science (2000) in Physics of Plasma and Thermodynamics Associate Fellow of AIAA (2019). Editor-in-Chief of "Plasma" (MDPI). Senior researcher at Mechanical and Aerospace Engineering Department, Princeton University, Princeton, USA

Houbing Song (M’12–SM’14) received the Ph.D. degree in electrical engineering from the University of Virginia, Charlottesville, VA, in August 2012, and the M.S. degree in civil engineering from the University of Texas, El Paso, TX, in December 2006. In August 2017, he joined the Department of Electrical Engineering & Computer Science, Embry-Riddle Aeronautical University, Daytona Beach, FL, where he is currently an Assistant Professor and the Director of the Security and Optimization for Networked Globe Laboratory (SONG Lab, www.SONGLab.us). He served on the faculty of West Virginia University from August 2012 to August 2017. In 2007 he was an Engineering Research Associate with the Texas A&M Transportation Institute. He has served as an Associate Technical Editor for IEEE Communications Magazine (2017-present), an Associate Editor for IEEE Internet of Things Journal (2020-present) and IEEE Journal on Miniaturization for Air and Space Systems (J-MASS) (2020-present), and a Guest Editor for IEEE Journal on Selected Areas in Communications (J-SAC), IEEE Internet of Things Journal, IEEE Transactions on Industrial Informatics, IEEE Sensors Journal, IEEE Transactions on Intelligent Transportation Systems, and IEEE Network. He is the editor of six books, including Big Data Analytics for Cyber-Physical Systems: Machine Learning for the Internet of Things, Elsevier, 2019, Smart Cities: Foundations, Principles and Applications, Hoboken, NJ: Wiley, 2017, Security and Privacy in Cyber-Physical Systems: Foundations, Principles and Applications, Chichester, UK: Wiley-IEEE Press, 2017, Cyber-Physical Systems: Foundations, Principles and Applications, Boston, MA: Academic Press, 2016, and Industrial Internet of Things: Cybermanufacturing Systems, Cham, Switzerland: Springer, 2016. He is the author of more than 100 articles. His research interests include cyber-physical systems, cybersecurity and privacy, internet of things, edge computing, AI/machine learning, big data analytics, unmanned aircraft systems, connected vehicle, smart and connected health, and wireless communications and networking. His research has been featured by popular news media outlets, including IEEE GlobalSpec's Engineering360, Association for Unmanned Vehicle Systems International (AUVSI), USA Today, U.S. News & World Report, Fox News, Forbes, WFTV, and New Atlas. 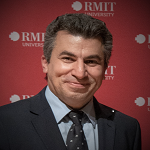 Professor Pier Marzocca is the Associate Dean for the Aerospace Engineering and Aviation Discipline in the School of Engineering at RMIT University. He holds a Research Professorial position from Clarkson University in USA, and academic credentials from Virginia Tech, University of South California, the US Naval Research Laboratory, with a PhD and Master from Politecnico di Torino Italy. Prof Marzocca is internationally recognised for his work on aerospace aerodynamics, structures, controls and their interactions. Prof Marzocca received the SAE Ralph R. Teetor Educational Award, the SAE Forest R. McFarland Award, the ONR ASEE Senior Faculty Award, the Clarkson's Research Excellence, and Outstanding New Teacher Awards. He is an Associate Fellow of AIAA, the Deputy Editor-in-Chief of the International Journal of Aeronautical and Space Sciences, and Associate Editor of ASCE Journal of Aerospace Engineering. Pier Marzocca is an accomplished author of over 400 technical papers and has supervised more than 40 PhD and Master students to completion. 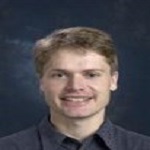 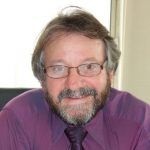 Since June 1, 2016 Jean-Jacques Tortora serves as the Director of the European Space Policy Institute.From 2007 to mid 2016 he was the Secretary General of ASD-Eurospace, which is the trade association of the European Space Industry.From 2004 to mid 2007, he was head of the French Space Agency (CNES) office in North America and the Attaché for Space and Aeronautics at the Embassy of France in Washington, D.C.Previously he was Deputy Director for Strategy and Programs, responsible for the Industrial Strategy of CNES, the French Space Agency.From 1998 to 2000, Mr. Tortora was adviser to the French Ministry of Research for Industrial Policy Funds management.From 1996 to 1998, he was appointed by Arianespace in Evry, France. 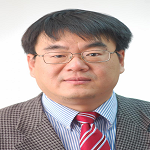 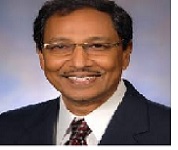 Dr. Subrata Roy is an international leader in the area of multi-scale numerical modeling and design of surface plasma technology. He is the President of SurfPlasma, the founding director of the Applied Physics Research Group (APRG), and a professor of Mechanical & Aerospace Engineering at the University of Florida. He is a Distinguished Visiting Fellow of the Royal Academy of Engineering, a Fellow of the Royal Aeronautical Society, a Fellow of the American Society for Mechanical Engineers, and an Associate Fellow of the American Institute of Aeronautics and Astronautics. He is a nationally appointed member of the NATO STO on the assessment of plasma-based internal flow control and space propulsion activities. Dr. Roy is an Editorial Board member of Nature Scientific Reports and an Academic Editor of PLOS-One. He has co-authored over 180 publications in peer-reviewed journals and bound volumes. He has 35 patented and patent-pending inventions on plasma-related flow control devices and sterilizers. 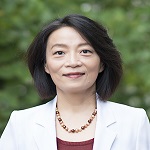 Hongbin Gu was elected to the Town Council in 2017. Dr. Gu is a faculty member at the UNC-Chapel Hill School of Medicine. She received a Ph.D. in mathematical psychology and a master’s degree in statistics from UNC-Chapel Hill. She is an active researcher in autism and child developmental delays. Dr. Gu served on the Town of Chapel Hill Environmental Stewardship Advisory Board before being elected to the Town Council. She has volunteered for Chapel Hill Carrboro City Schools in its PTA, School Improvement Teams, and advisory boards. She is the former principal and current board chair of the Chinese School at Chapel Hill. She is the organizer of the community culture event LIGHTUP. 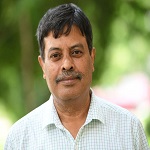 I earned my B.Sc. in Aerospace Engineering from the Technion (Israel Institute of Technology, Israel), 2007, and Master and doctoral degree in Aerospace Engineering at Maryland University, College Park in the United States, 2017. My doctoral research focuses on utilizing computational fluid dynamics (CFD) tools to investigate the aerodynamic principles behind bio-inspired flapping-wing flight. In 2015, I was recognized with an Amelia Earhart Fellowship Award; Amelia Earhart Fellowship. After completing my Ph.D. studies in 2017, I received a two-year postdoctoral fellowship at the University of Maryland, College Park researching unsteady flow and gust response at low Reynolds numbers. In June 2019, I started my current position as an Independent Research Group lead and lecturer at the Institute of Fluid Mechanics at Technical University of Braunschweig, Germany. My research group titled “physics of laminar wing and fuselage” whose main objectives include conducting fundamental research on hybrid laminar flow control (HLFC) by suction means on wing and fuselage of transport aircraft, developing the design and optimization tools for airfoil/wing with the suction-based system, and investigating the suction boundary layer using wind tunnel experiments and computational tools.

Jay B. Dean, PhD, Professor of Molecular Pharmacology & Physiology; director, USF Hyperbaric Biomedical Research Laboratory, Morsani College of Medicine, University of South Florida, Tampa, Florida USA Dr. Dean received his PhD in physiology from Ohio State University (1981-86, Neural control of body temperature) and his post-doctoral training at University of North Carolina (1986-91; Neural control of breathing). Dr. Dean has served on the physiology faculty at Wright State University (Dayton, Ohio, 1991-2006) and USF (2006-present). He maintains an active research program for the ONR Undersea Medicine Program that focuses on the mechanisms and mitigation of CNS oxygen toxicity. J.B. Dean began researching the history of aviation physiology during WWII in 1983 as a graduate student at Ohio State after he recovered a lost cache of wartime negatives, photographs and films made by Dr. Fred A. Hitchcock, director of the OSU Laboratory of Aviation Physiology (1941-1960). 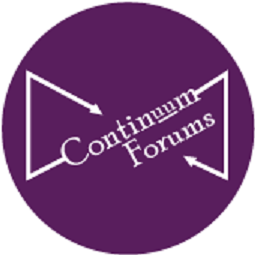 Antonio Davis graduated BE in Mechanical Engineering from Gulbarga University and holds the Master of Science degree (by Research) in Aerospace Engineering from IIT Madras. He got his PhD in Aerospace Engineering from IISc, Bangalore. He has over 25 years of industry experience in the area of aircraft engines. He has more than four years of experience teaching both PG and UG. His teaching and research interest are focused on aircraft propulsion, CFD and heat transfer. He has coordinated many research programs while in industry. He has presented papers at National and International conference. 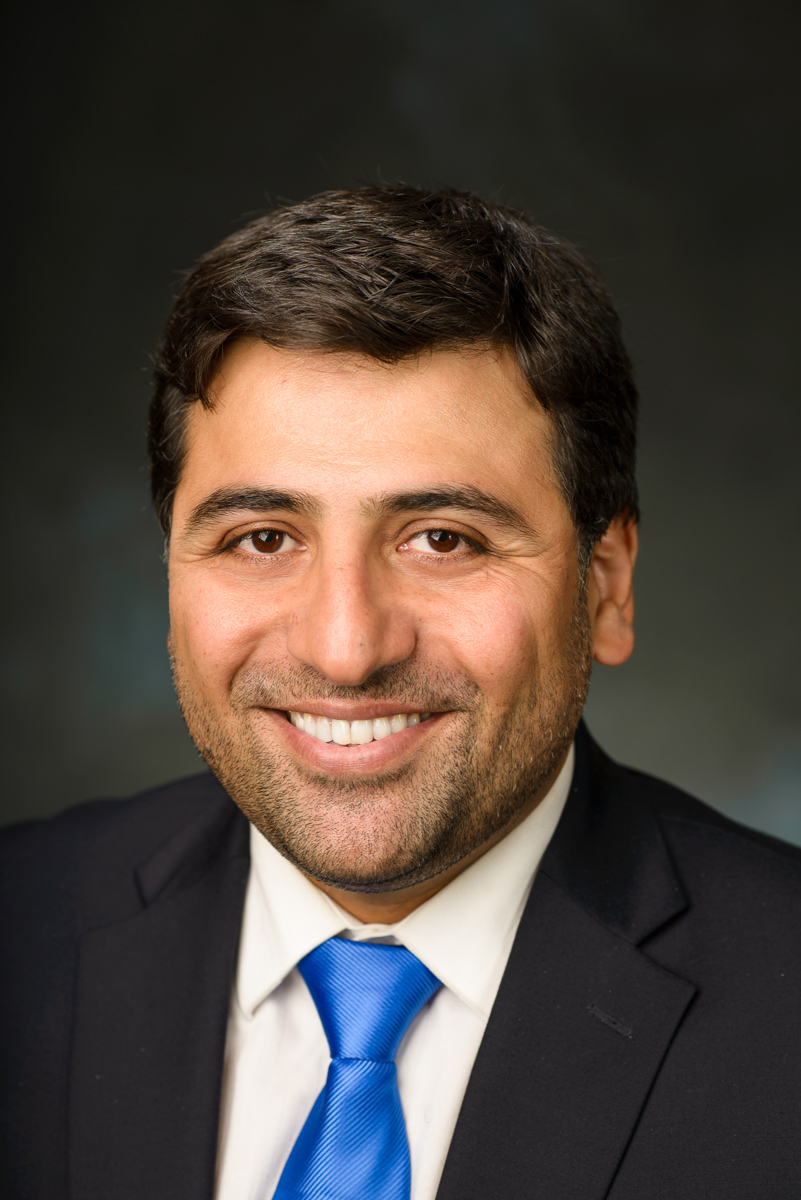 Dr. Mo Mansouri joined the School of Systems and Enterprises in July 2006. His research interests are resilience in Infrastructure Systems and Infrastructure Governance. Prior to joining Stevens he served as a consultant for the HAND Foundation, the World Bank, NIAC and other non-profit entities. Dr. Mansouri holds a PhD in Engineering Management from George Washington University.