It is with great pleasure that we welcome all the researchers in the field of Magnetism to the International Forum on Magnetism and Magnetic Materials, MAGNETISMFORUM2023, which will be held in Dubai, UAE during October 09-10, 2023.

The aim of MAGNETISMFORUM2023 is to be a premier international forum to highlight novel developments, share new ideas, research results, and development experiences, and provide networking opportunities with peers to help establish connections for early career scientists to meet a diverse mix of researchers, decision-makers to strengthen existing connections and forge new ones.

Also, the main agenda of this conference is to bring together world-leading academics, practitioners, industry leaders, policymakers, and business professionals from the field of Magnetism to develop practical solutions for current challenges in this field. The conference series has featured plenary talks, keynote talks, special sessions, poster presentations, workshops, and contributed papers each year.

We are looking forward to seeing you in Dubai, UAE. 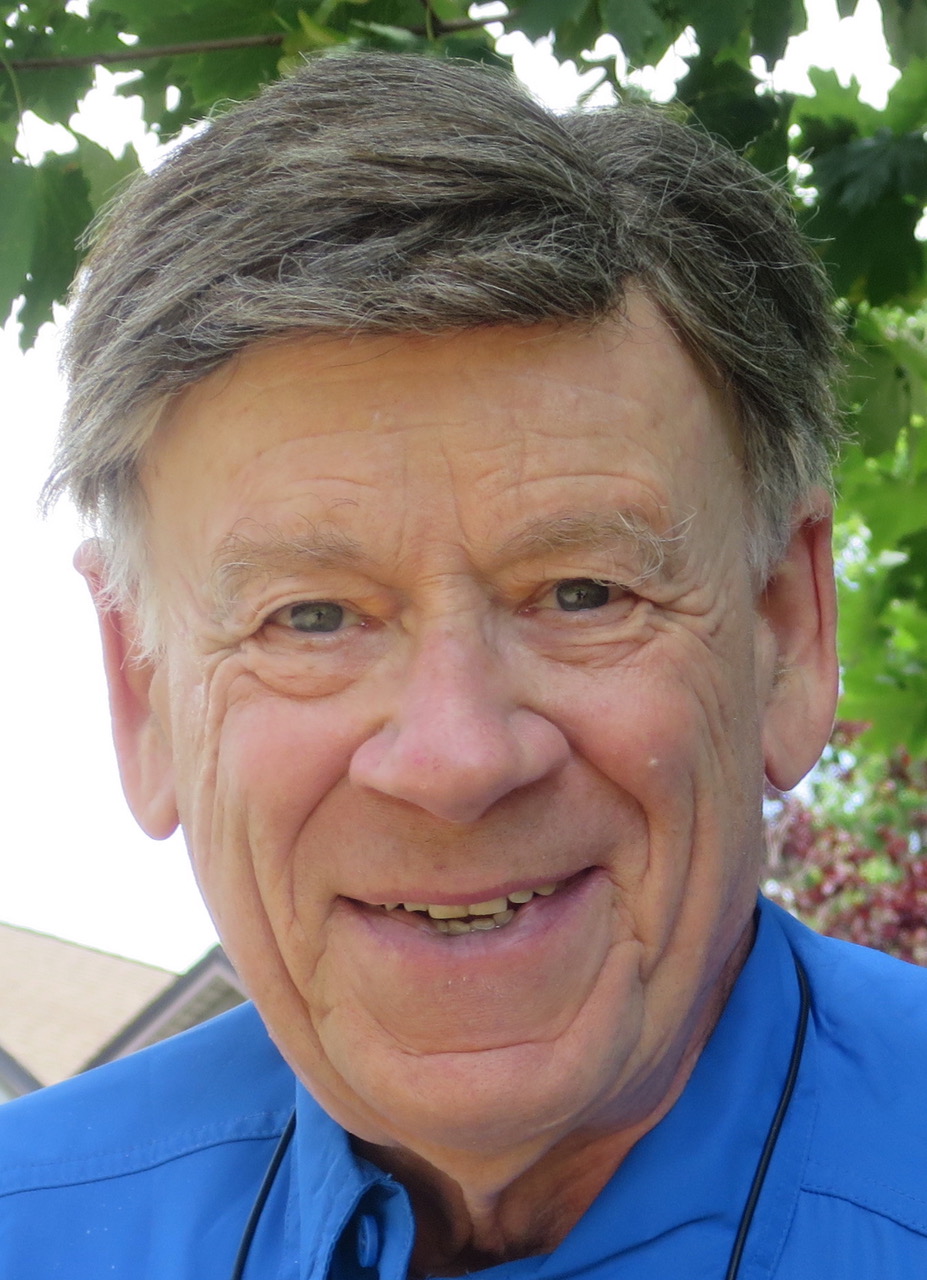 Joel S. Miller is a Distinguished Professor, Adjunct Professor of Physics and Astronomy, and Adjunct Professor of Materials Science and Engineering at the University of Utah, and was a Visiting Professor of Chemistry at the Universidad de Barcelona, and Professeur Invite, Institut de Science etd'Ingenierie Supramoleculaires (ISIS), Noyori Materials Science Laboratory at Nagoya University, Osaka University, etc. He was a member of the Advisory Board of Chemistry--a European Journal and was an inaugural member of the Advisory Boards of Advanced Materials and the Journal of Materials Chemistry. His research focuses on the solid-state magnetic, electrical, and optical properties of molecule-based materials and electron transfer complexes. He has published 600 papers and received the 2000 ACS Award for Chemistry of Materials, the 2007 APS McGroddy Prize for New Materials, and the 2021 Japanese Society of Coordination Chemistry International Award for his discovery of organic-based magnets. 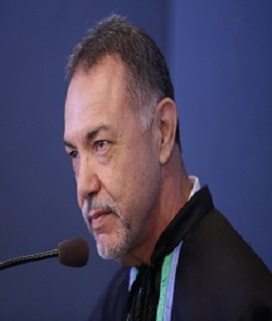 Paulo C. DE MORAIS, Ph.D., was a full Professor of Physics at the University of Brasilia (UnB) - Brazil up to 2013, Appointed as UnB's Emeritus Professor (2014), Appointed as Guest Professor of Huazhong University of Science and Technology- China (2011), Visiting Professor at Huazhong University of Science and Technology (HUST) - China (2012-2015), Appointed as Distinguished Professor at Anhui University (AHU) - China (2016-2019), Appointed as Full Professor at Catholic University of Brasilia (UCB) - Brazil (2018), Appointed as CNPq-1A Research Fellowship since 2010, 2007 Master Research Prize from UnB, 2008-member of the European ERA-NET Nanoscience Committee, Member of the IEEE-Magnetic Society Technical Committee, Senior Member of the IEEE Society, 2012 China's 1000 Foreign Expert Recipient, and 2012 Academic Excellence Award from Brazilian Professor's Union. He held a two-year (1987-1988) post-doc position with Bell Communications Research - New Jersey, USA and received his Doctoral degree in Solid State Physics (1986) from the Federal University of Minas Gerais - Brazil. He graduated from Chemistry (1976) and Physics (1977) at UnB. Professor Morais is a member of the Brazilian Physical Society and the Institute of Electrical and Electronics Engineers - IEEE. He has served as a referee for more than 50 technical journals, taken part in the Editorial Board of more than 15 technical journals, and conducted research on nanomaterials for over 40 years. He has delivered more than 150 Invited Talks all over the World. He is known for his research in the preparation, characterization, and applications of nano-sized materials (magnetic fluid, magnetoliposome, magnetic nanoemulsion, magnetic nanocapsule, magnetic nanofilm, magnetic nanocomposite, nanosized semiconductors, polymeric dots, carbon dots, and graphene quantum dots). With nearly 500 published papers in peer-reviewed journals and 15 patents, he has appeared in recent World rankings of the top 1% of scientists, such as 2020-Stanford and 2022-Research.com. 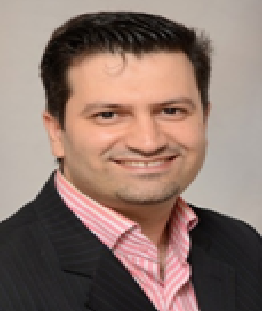 Dr. Mojtaba Ghodsi is a Senior Lecturer of Instrumentation, and Measurement Systems at the School of Energy and Electronic Engineering at the University of Portsmouth, UK. He received his Ph.D. in Precision Engineering from the University of Tokyo (2007) and continued his research as a JSPS postdoctoral fellow (2009) at the University of Tokyo, Japan. He continued his academic career at Sultan Qaboos University in Oman up to 2019. His main research interests are around smart materials and structures to develop actuators, sensors, energy harvesters, vibration control, NDT, and mechatronics systems. 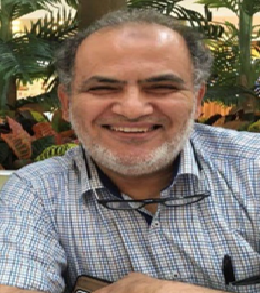 Khalil A. Ziq is a Professor in the Department of Physics, College of Engineering and Physics, and Interdisciplinary Research Center for Advanced Materials, King Fahd University of Petroleum & Minerals, Dhahran, Saudi Arabia. Prof. Ziq obtained his Ph.D. from the University of Illinois-Chicago under the supervision of the late Prof. J. S. Kouvel in 1989. From 1997 to 1998, Dr. Ziq spent a sabbatical year at Ames Lab and Iowa State University. His research interest is in magnetic and superconducting materials. Recent research is on Van der Waals ferromagnetic materials, Magnetocaloric materials, and thermodynamic scaling in superconductors.

Dubai is the largest city in the United Arab Emirates. It is located on the southeast coast of the Persian Gulf, in the Arabian Desert, and is the capital of the Emirate of Dubai, one of the seven emirates that make up the country. Dubai is known for luxury shopping, ultramodern architecture, and lively nightlife. Dubai has emerged as a global city and business hub of the Middle East. Dubai having expanded along both banks of the Creek, Dubai is divided into two parts - Deira on the northern side and Bur Dubai to the south, as well as the top tourist destination of Jumeirah. Dubai is preserved some of the most intriguing historical attractions. 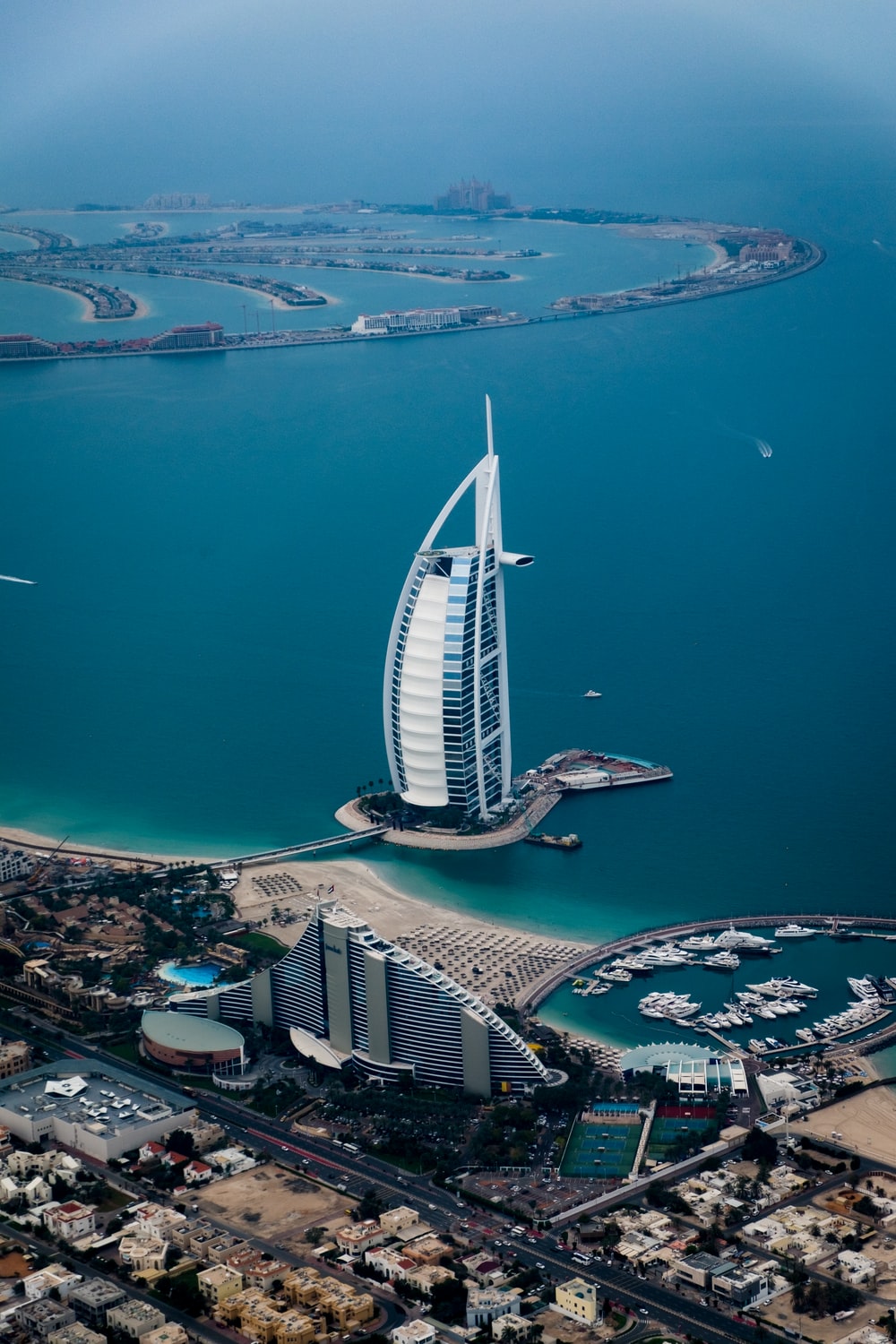 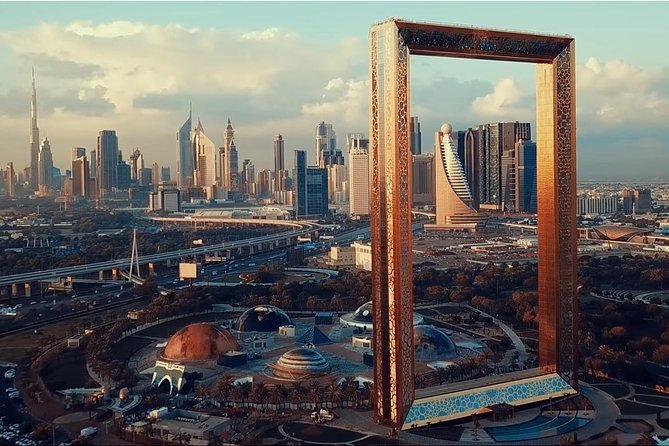 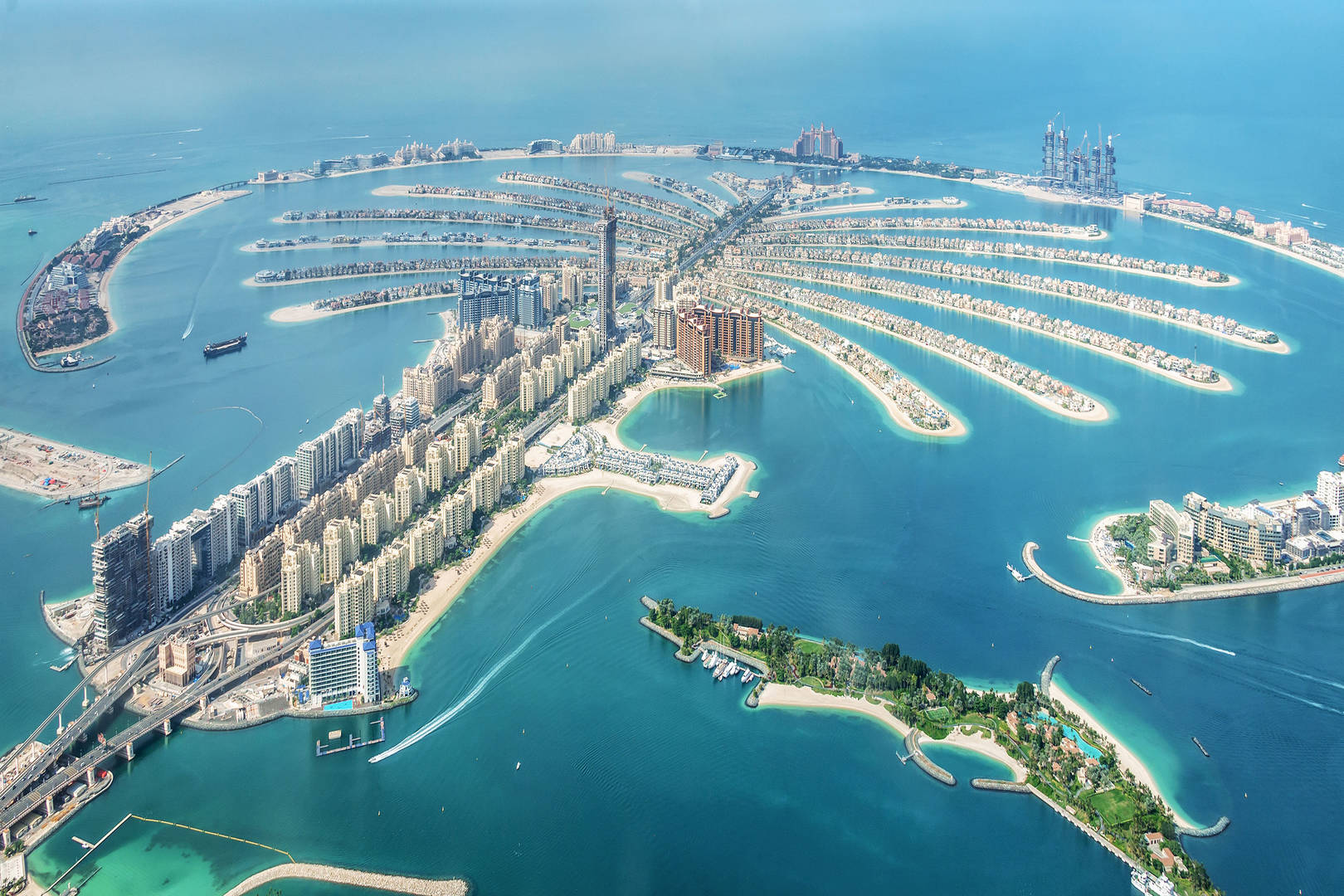 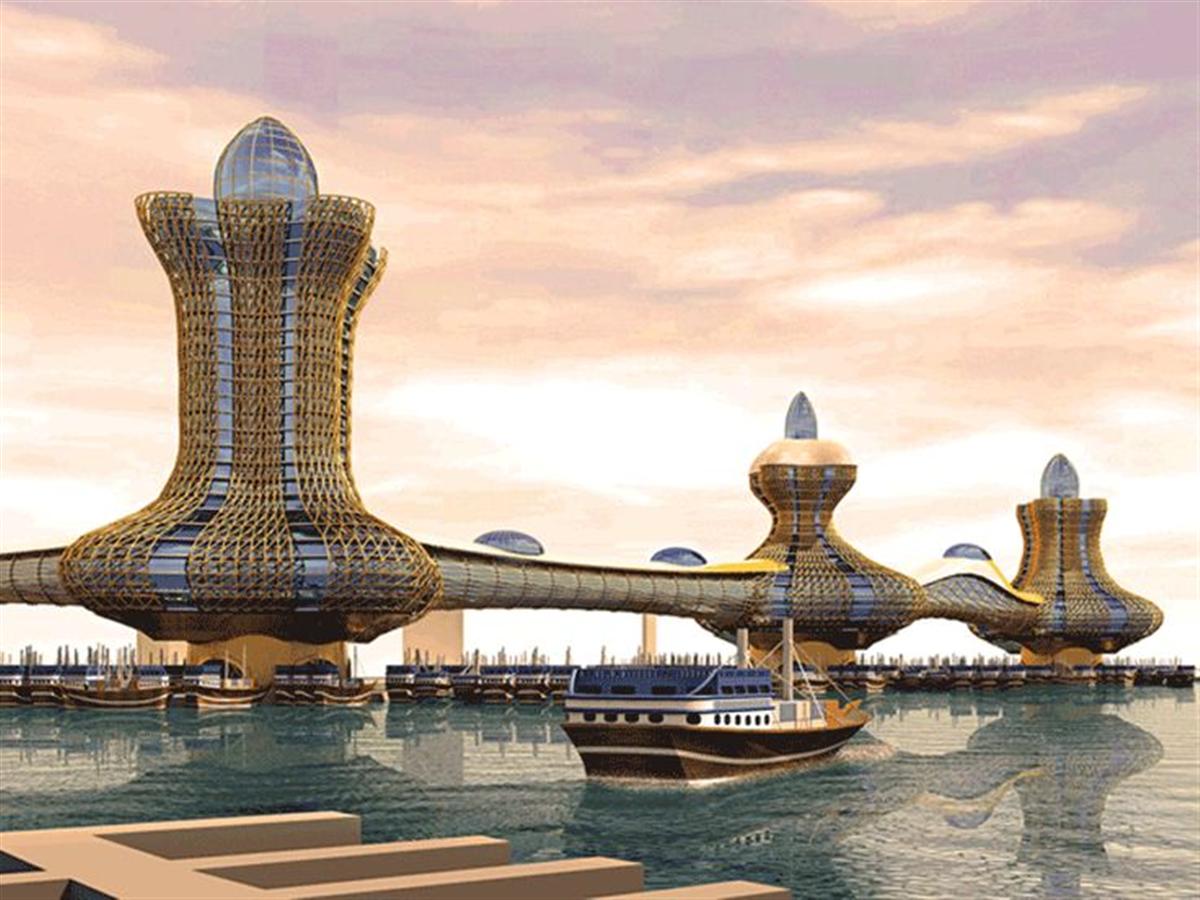 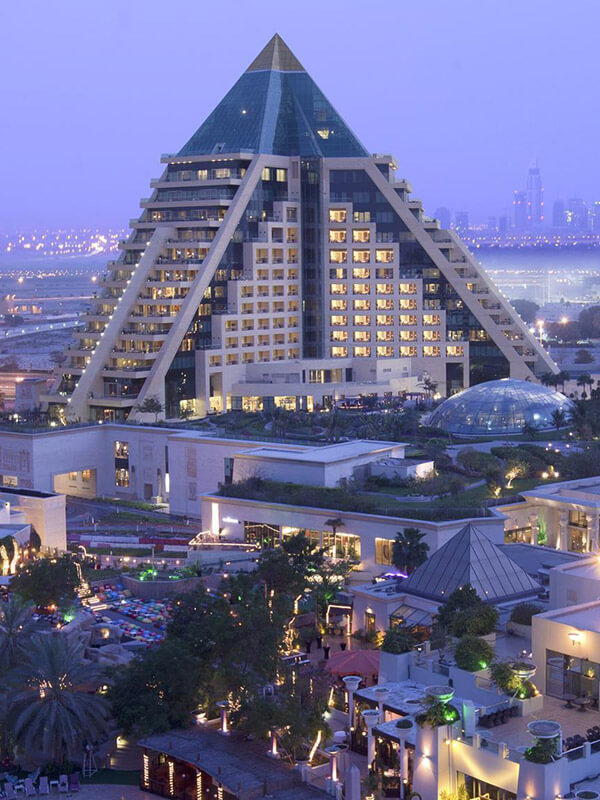 ICEFORUM2023 is an international forum to share and highlight novel developments and ideas on the fields of Infrastructure and Civil Engineering, to develop practical and sustainable solutions for current challenges. The Universities of Bologna (Italy) and Granada (Spain) is proposing a special session titled “Technological innovation and new opportunities in environmental-friendly civil engineering for sustainable development contribution” to discuss about different topics related with the session theme including the use of new materials, life cycle assessment in civil engineering or tools to support sustainable construction management.

Dr Michelle Lynch is a PhD in Chemicals and Catalysis and Fellow of the Royal Society of Chemistry (FRSC). Her 24 years of post-doctoral experience span catalyst R&D, catalyst and precious metals market research, patent analysis and consulting. She is currently the Director and Owner of Enabled Future Limited (EFL). Prior to setting up EFL, Michelle worked with IHSMarkit, Nexant and Johnson Matthey. She is a regular speaker at conferences and contributor to industry magazines. Her publications to date have included features in IHS Chemical Bulletin, IHS Quarterly, The Catalyst Review, Recycling & Waste World and The Catalyst Group Intelligence Report. She lives and runs her consultancy in West Midlands, UK. She is passionate about sustainability, pollution abatement and helping to create high impact solutions to tackle climate change.