The aim of CMPFORUM2023 is to be a premier international forum to highlight novel developments, to share new ideas, research results, and development experiences, and provide networking opportunities with peers to help establish connections for early-career scientists to meet a diverse mix of researchers, decision-makers to strengthen existing connections and forge new ones.

Also, the main agenda of this conference is to bring together world-leading academics, practitioners, industry leaders, policymakers, and business professionals from the fields of Condensed Matter Physics to develop practical solutions for current challenges in these fields. The conference series has featured plenary talks, keynote talks, special sessions, poster presentations, workshops, and contributed papers each year.

We are looking forward to seeing you in Porto, Portugal. 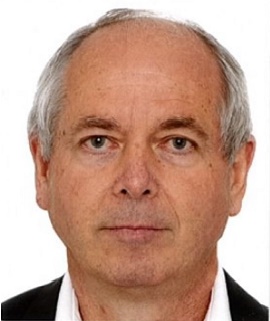 Studied Math in Rostock and Colloid Science in Dresden, Germany. Worked first at the Academy of Sciences in Berlin and from 1991 to 2019 at Max Planck Institute of Colloids and Interface in Potsdam. Since then he works as senior scientist at the Technical University Darmstadt. His main scientific interests are dynamics and thermodynamics of adsorption of surfactants, proteins, polymers, particles and their mixtures at liquid interfaces, dilational and shear surface rheology, formation and stabalization of foams and emulsions. He published his scientific results in about 650 papers in peer-reviewed journals and many books and book chapters. He is the editor of the journals Advances in Colloid and Interface Science and Colloids & Interfaces. 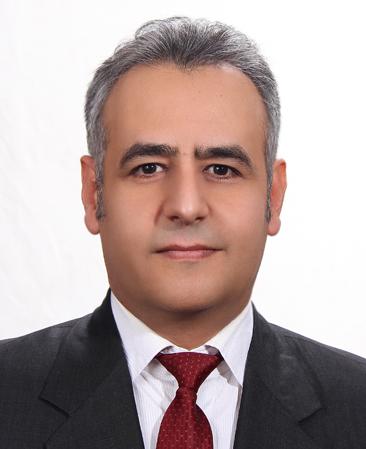 University of Electronic Science and Technology of China
China

Marcos A. Pimenta's since 1989 professor at the Department of Physics of Federal University of Minas Gerais (UFMG) in Belo Horizonte, Brazil, and in 1992 he created the Raman spectroscopy Laboratory at UFMG. In 1997, he started the research area of carbon nanomaterials (nanotubes and graphenes) at UFMG using, mainly, Raman spectroscopy. He published more than 220 articles that have been cited more that 32.000 times and his h-factor is 75 according to the Google Scholar. He has won national and international awards, including the Scopus-CAPES prize in 2008 for the visibility of his scientific works, the Somyia award in 2009, delivered by the IUMRS, for the collaborative works with US, MÃ©xico and Japan groups. In 2010, he received the command of the Brazilian Order of Scientific Merit, and was ellected as a full member of the Brazilian Academy of Sciences. He got the 2013 TWAS Prize in Physics and the 2014 Marcos Mares-Guia Prize (FAPEMIG) in Minas Gerais, Brazil. He is a member of the Brazilian Academy of Sciences and the Brazilian Physical Society. Currently, he is the director of the Brazilian Institute for Science and Technology (INCT) of Carbon Nanomaterials. He was the president of the Brazilian Physical Society (SBF) from 2017 to 2019. 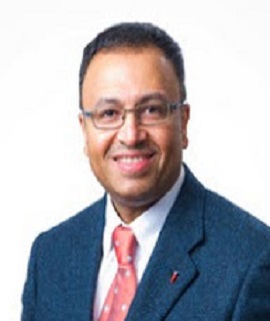 Paulo C. DE MORAIS, Ph.D., was a Full Professor of Physics at the University of Brasilia (UnB), Brazil up to 2013, Appointed as UnB's Emeritus Professor (2014), Appointed as Guest Professor of Huazhong University of Science and Technology, China (2011), Visiting Professor at Huazhong University of Science and Technology (HUST), China (2012-2015), Appointed as Distinguished Professor at Anhui University (AHU), China (2016-2019), Appointed as Full Professor at Catholic University of BrasÃ­lia (UCB), Brazil (2018), Appointed as CNPq-1A Research Fellowship since 2010, 2007 Master Research Prize from UnB, 2008-member of the European ERA NET Nanoscience Committee, Member of the IEEE-Magnetic Society Technical Committee, Senior Member of the IEEE Society, 2012 China's 1000 Foreign Expert Recipient, and 2012 Academic Excellence Award from Brazilian Professor's Union. He held a two-year (1987-1988) post-doc position with Bell Communications Research â€“ New Jersey, USA, and received his Doctoral degree in Solid State Physics (1986) from the Federal University of Minas Gerais, Brazil. He graduated in both Chemistry (1976) and Physics (1977) at UnB.ProfessorMorais is a member of the Brazilian Physical Society and the Institute of Electrical and Electronics Engineers â€“ IEEE. He has served as the referee for more than 50 technical journals, takes part on the Editorial Board of more than 15 technical journals, and has conducted research on nanomaterials for over 40 years. He has delivered more than 150 Invited Talks all over the World. He is known for his research in the preparation, characterization, and applications of nanosized materials (magnetic fluid, magnetoliposome, magnetic nanoemulsion, magnetic nanocapsule, magnetic nanofilm, magnetic nanocomposite, nanosized semiconductors, polymeric dots, carbon dots, and graphene quantum dots). With more than 450 published papers in peer-reviewed journals, he has appeared in recent World ranking of top 1% scientists, such as 2020-Stanford and 2022-Research.com. 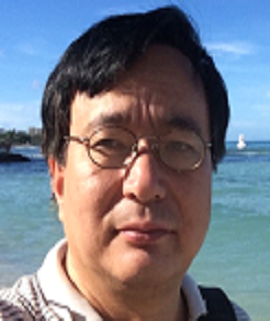 Dr. Qiang is a full professor in the Physics Department and at Nuclear Engineering at the University of Idaho, USA. He is the current chairman of Idaho Academy of Science and Engineering and the director of Nanophysics and Nanomaterials Laboratory. He received his MS degree 1985 at the Harbin Institute of Technology, China, and PhD degree 1997 at the University of Freiburg, Germany. His research focuses on magnetism and magnetic nanomaterials and applies magnetic nanomaterials in nuclear energy, environmental and biomedical fields. Presently Dr. Qiang's research interests are a) magnetic separation nanotechnology for spent nuclear fuel recycling; b) Nano-Nuclear Technology of radiation detection and c) Iron-based magnetic nanoparticles for cancer treatment and environmental remediation. 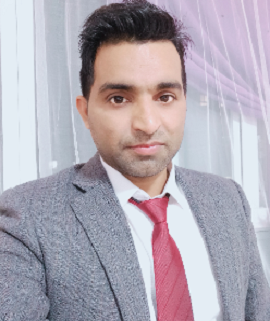 Prof. Dr. Shahid Hussain is currently working as Professor (F ull) at School of Materials Science and Engineering, Jiangsu University , China. He completed his PhD degree in Chongqing University, 2015, after started Post-Doctoral research fellowship 2015-2017. He joined Jiangsu University as Associate Professor in July 2017 and based on his outstanding achievements and experiences, he was promoted as Full Professor in July, 2020, and was approved by the state, Govt of China. 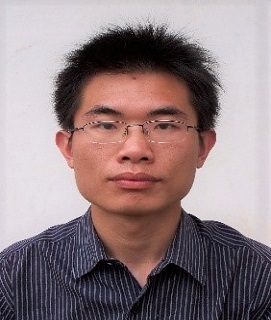 Yongqing Cai received a bachelor's degree in 2004 at Northwestern Polytechnical University and Ph.D. in 2012 at the National University of Singapore and worked at the Institute of High-Performance Computing, Singapore from 2013 to 2019. He is currently an assistant professor at Institute of Applied Physics and Materials Engineering at University of Macau. His research interests involve simulating phonons and other quantum quasiparticles in condensed matters,phase transitions,materials informatics and artificial intelligence, and computational materials science and physics. 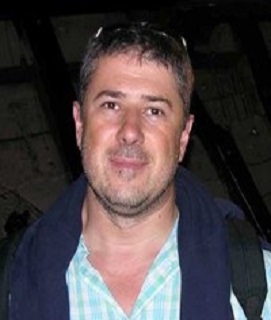 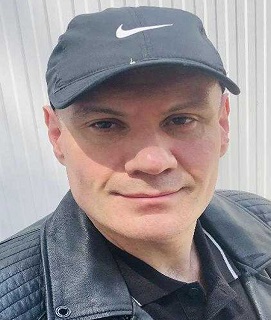 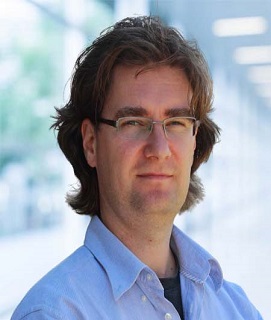 Yuri Pusep has been an Associate Professor and Head of Semiconductor Laboratory at University of SÃ£o Paulo, Institute of Physics of SÃ£o Carlos since 2001. After completing his PhD at the Novosibirsk Institute of Semiconductors in 1985, he was a postdoc fellow in Prof. M. Cardona group at the Max Planck Institute in Stuttgart. Yuri Pusepâ€™s current research interest is focused on the singleâ€“electron and collective properties of semiconductor nanostructures, which are studied using electron transport and optical spectroscopy techniques. In particular, it includes magneto-transport, microphotoluminescence and micro-Raman scattering on the micrometer scale, and time-resolved measurements. He has published more than 150 scientific papers. 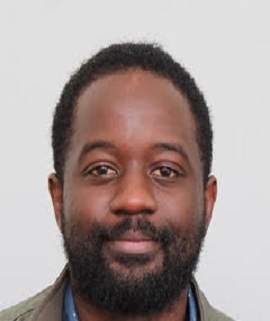 Grazyna Jarosz graduated in Physics (1991) at Gdansk University of Technology (Poland), where she began research work in the same year. Her research interests was focused on the optical and electrical properties of organic materials. Her PhD thesis (1999) concerned photo-enhancement of space-charge-limited current in organic crystals and thin layers. As a postdoctoral Maria-Curie Fellow she spent two years at Potsdam University working with Prof. Ludwig Brehmer for OMBD project. She habilitated at Gdansk University of Technology in 2011. She spent more than 20 years working with the electrical characterization of organic materials for electronic applications. Her research interests are currently focused on organic and hybrid thin film devices for photovoltaic applications.

Rami Ahmad El-Nabulsi holds a PhD in Particle Physics, Mathematical Physics and Modeling from Provence University (currently Aix-Marseille University), France and a diploma of advanced studies in Plasma Physics and Radiation Astrophysics from the same institution. He worked with different worldwide research departments in UK, South Korea, China, Greece, Thailand, India, etc. and he is currently affiliated to Chiang Mai University, Thailand. He is the author of more than 300 peer-reviewed papers in peer-refereed reputed journals and a reviewer for more than 100 scientific journals. His research ranges from applied mathematics to theoretical physics including nonlinear dynamical systems, space and astrophysics, general relativity and geometrical and algebraic physics, physics and chemistry of solids, plasma MHD, neutronics and nuclear reactors, superconductivity, and magnetic materials among others.

Bursting with charm and beautiful scenery, Porto lies along Portugal's northwestern coastline, making this meetings-ready destination picture-perfect. The city features several museums and architectural highlights, as well as unique shops and restaurants, nightlife, and family-friendly adventures. The coastal city is known for its port wine production, beautiful bridges, ornate buildings, and Douro River backdrop. Visitors to Porto can arrive via Francisco Sa Carneiro Airport. Set about 8 miles outside the city center, the airport offers service to destinations throughout Europe, as well as direct access to several public transportation options into Porto.

The reliable, extensive network includes buses, trams, and light-rail options to shuttle passengers to the city's major points of interest. Meeting travelers can gather at Alfandega Congress Centre - Porto, one of the largest such centers in Portugal. It offers a variety of auditoriums, multiuse rooms, and other spaces for conferences and exhibitions. The centerâ€™s scenic riverside location is just 10 minutes away from the main Porto hotels and less than 30 minutes from the airport.
After meetings conclude for the day, visitors can enjoy fantastic tapas, nightlife, and shopping in Ribeira, one of the oldest and most visited neighborhoods in Porto.

Groups can learn about the history of Porto from beautiful tile work at the Sao Bento Train Station and interactive displays at the World of Discoveries, or they can explore Livraria Lello, which is regarded as one of the best bookstores in the world. Recreation options include a stroll through Parque da Cidade (Portugal's largest urban park) or an adventure scaling a 65-meter arch on the Arrabida Bridge. To get a different view of Porto, guests can board a Rabelo boat cruise, which glides past the city's colorful waterfront buildings and under its stately bridges. 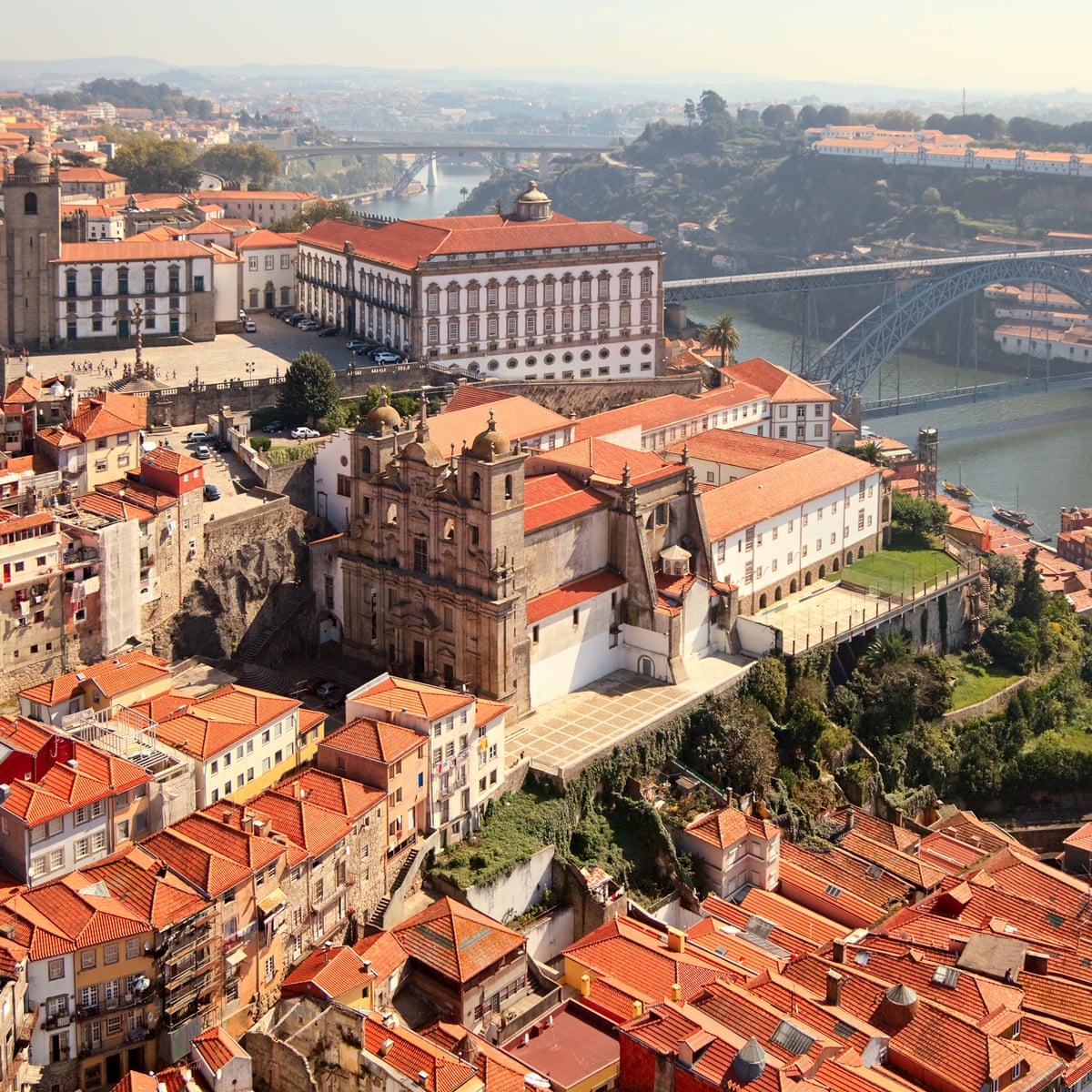 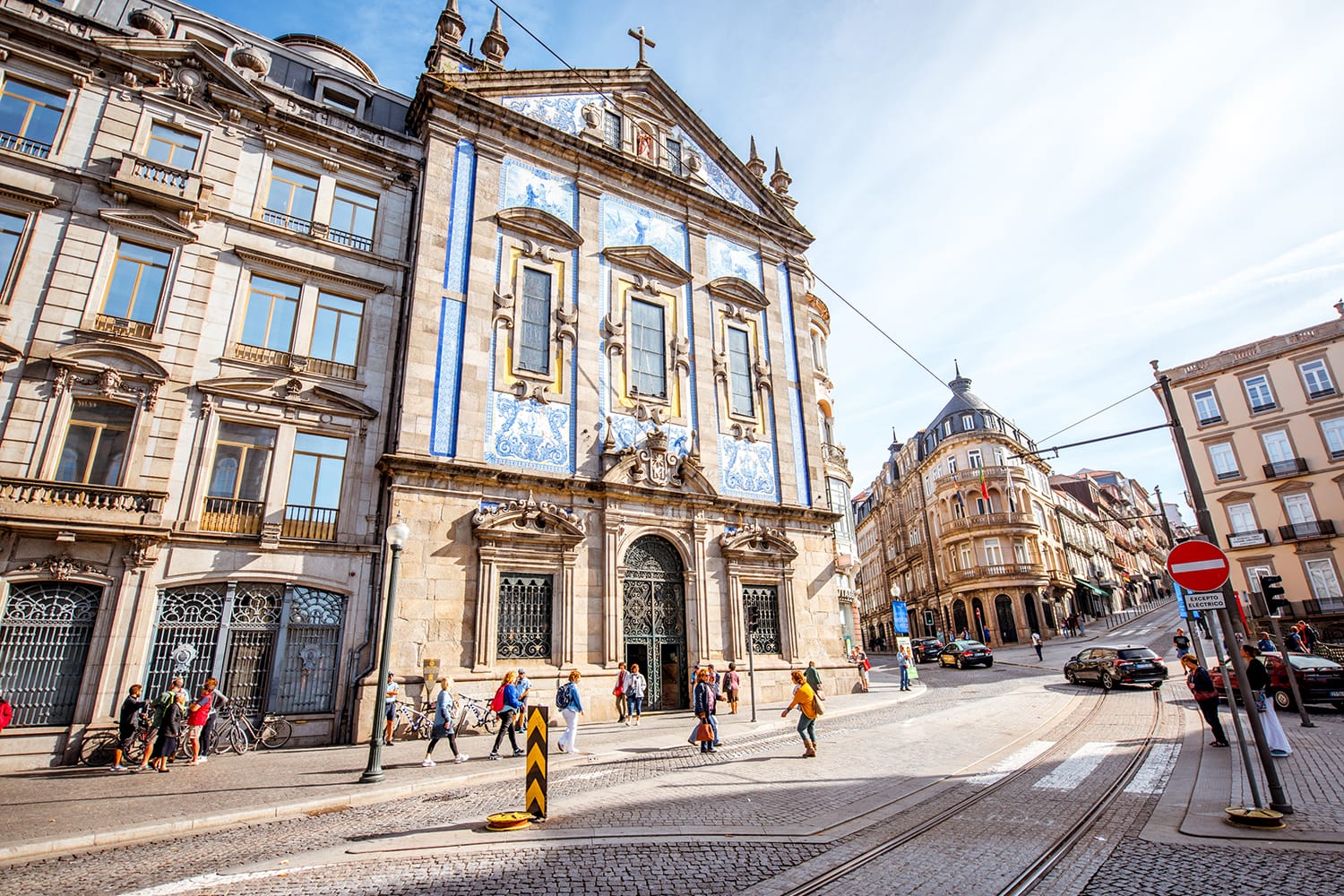 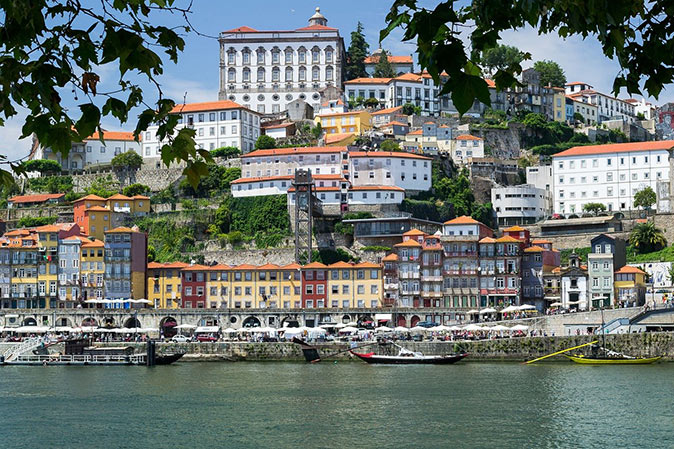 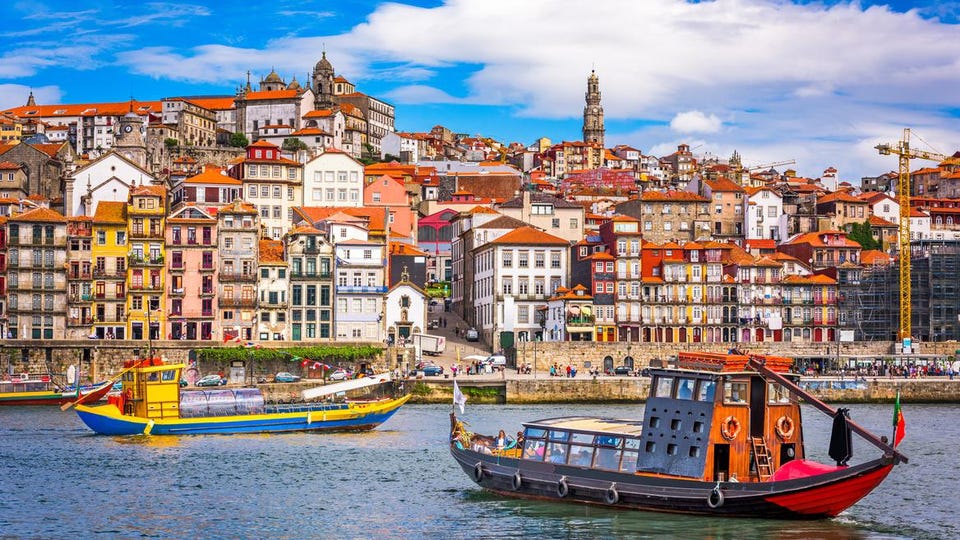 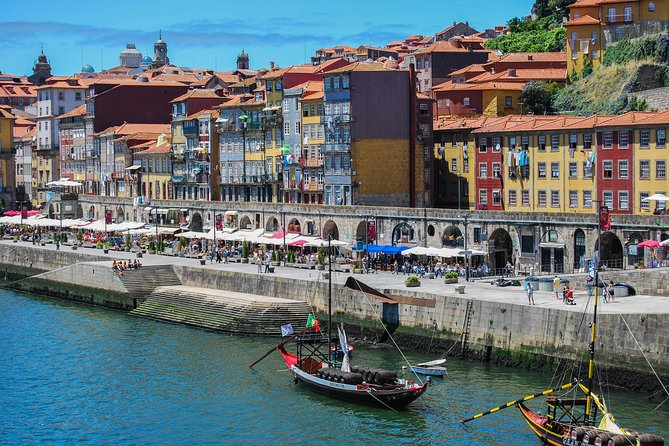 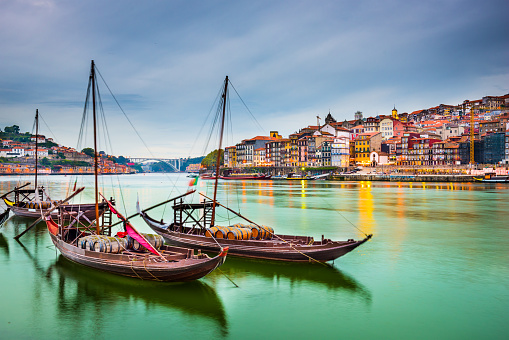 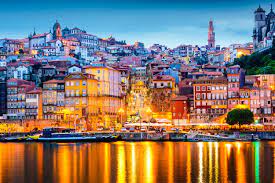